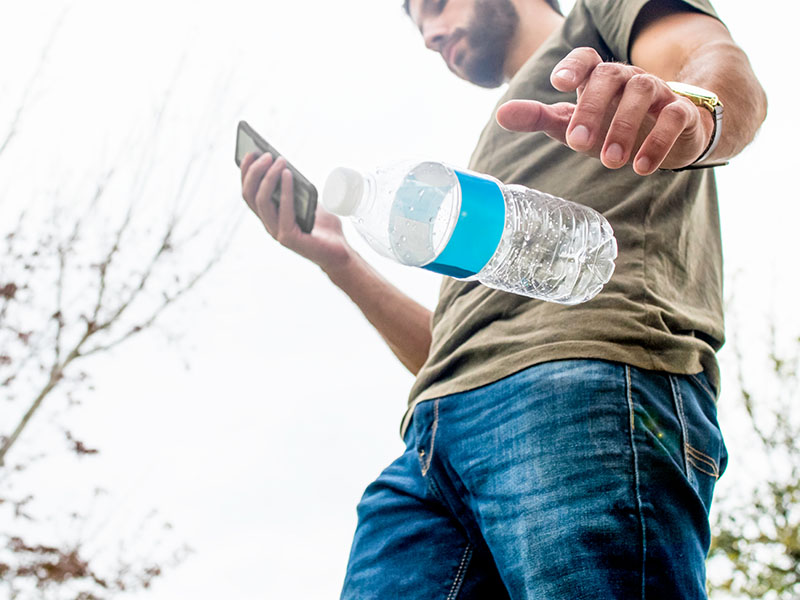 A crackdown on littering, dog fouling and other anti-social behaviour has started well and is making North Somerset a cleaner and greener environment for everyone.

Earlier this year we teamed up with private company Local Authority Support to issue £75 fixed penalty notices to anyone seen breaching our public space protection orders.

The 12-month contract started in May and six trained officers have been patrolling the area since then.

Up until the beginning of August, more than 400 on-the-spot fines had been issued, compared with just 14 in the same period last year.

- 42 for dogs not being on a lead when they should

- three for people urinating or defecating in a public place

Environmental crime and anti-social behaviour can have a detrimental effect on our communities and littering and dog fouling remain a big concern for many residents.

In a survey last year, only 40 per cent of respondents thought the area was clean, and about 90 per cent agreed it was reasonable to issue on-the-spot fines to deal with dog fouling.

By working with LA Support, we’re building on the great work already undertaken by our officers and the many volunteers across the area who pick up other people's litter and keep North Somerset clean.

If you’re aware of a particular hotspot, email waste.enforcement@n-somerset.gov.uk

You can also report locations of dog fouling using the Pooper Snooper app.

The app informs us of the worst offending areas so we’ll know where our patrols need to target.