Crackdown on littering and dog fouling begins next week 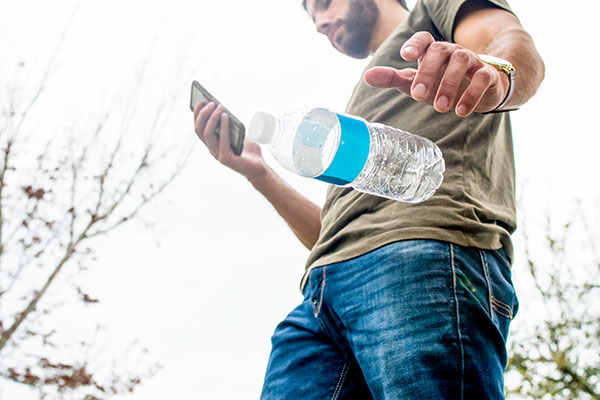 A crackdown on littering, dog fouling and other anti-social behaviour begins next week across North Somerset.

We’ve teamed up with a private company to issue £75 fixed penalty notices to anyone seen breaching our public space protection orders.

The 12-month contract with Local Authority Support will see their trained team patrol the area.

Environmental crime and anti-social behaviour can have a detrimental effect on our communities and littering and dog fouling remain a concern for many residents.

During the Your Neighbourhood consultations last year, only 40 per cent of people thought their area was clean and 25 per cent though it was okay; while 90 per cent of respondents agreed it was reasonable to issue on-the-spot fines for dog fouling.

Working with LA Support will allow us to build on the great work already undertaken by our officers and the many volunteers who work across the area to pick up other people’s litter and keep North Somerset clean.

We’ll also work with our local town and parish councils to tackle issues in their areas.

In the coming weeks, extra crews will be available to empty bins and carry out other cleaning on a seven-day basis and into the evening in key areas.

Patrols from LA Support will target areas with the greatest number of issues first.

Fines will also apply to anyone seen breaching orders on land where dogs are excluded or required to be kept on leads.

On-the-spot fine fines will be paid directly to LA Support and if these fixed penalty notices go unpaid, we will prosecute through the courts.

As well as enforcement, LA Support will be working with schools and community groups to raise awareness of the work they do.

If you are aware of particular hotspot, email waste.enforcement@n-somerset.gov.uk